Your browser is not optimized for viewing this website. 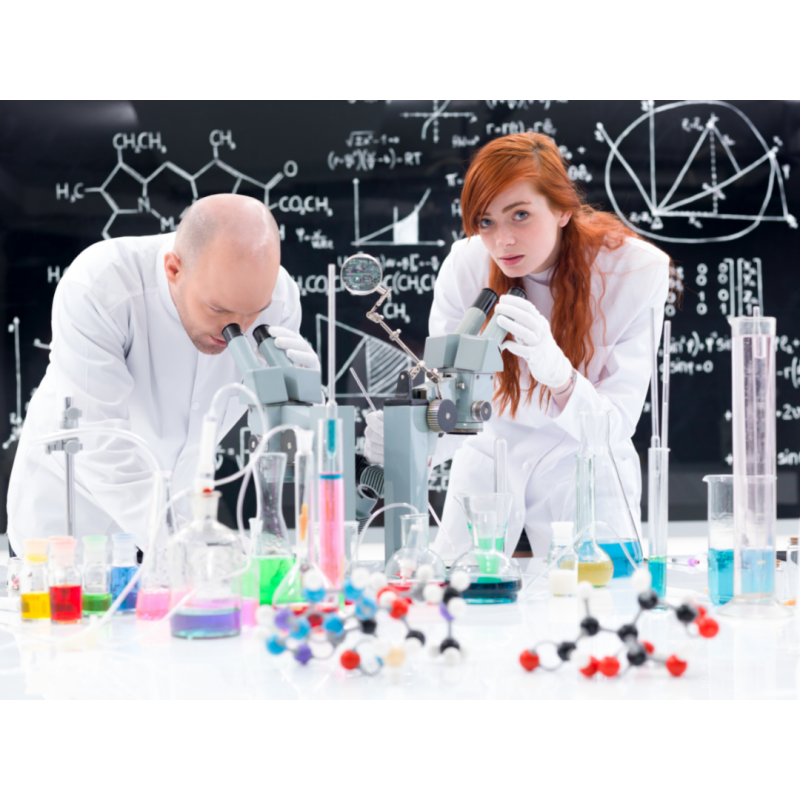 with STEM Instructor (M.S. or PhD)

AP Chemistry is an introductory college-level chemistry course. Students cultivate their understanding of chemistry through inquiry-based lab investigations as they explore the four Big Ideas: scale, proportion, and quantity; structure and properties of substances; transformations; and energy.

BIG IDEA 1: SCALE, PROPORTION, AND QUANTITY (SPQ) Quantities in chemistry are expressed at both the macroscopic and atomic scale. Explanations, predictions, and other forms of argumentation in chemistry require understanding the meaning of these quantities, and the relationship between quantities at the same scale and across scales.

BIG IDEA 3: TRANSFORMATIONS (TRA) At its heart, chemistry is about the rearrangement of matter. Understanding the details of these transformations requires reasoning at many levels as one must quantify what is occurring both macroscopically and at the atomic level during the process. This reasoning can be as simple as monitoring amounts of products made or as complex as visualizing the intermolecular forces among the species in a mixture. The rate of a transformation is also of interest, as particles must move and collide to initiate reaction events.

BIG IDEA 4: ENERGY (ENE) Energy has two important roles in characterizing and controlling chemical systems. The first is accounting for the distribution of energy among the components of a system and the ways that heat exchanges, chemical reactions, and phase transitions redistribute this energy. The second is in considering the enthalpic and entropic driving forces for a chemical process. These are closely related to the dynamic equilibrium present in many chemical systems and the ways in which changes in experimental conditions alter the positions of these equilibria.